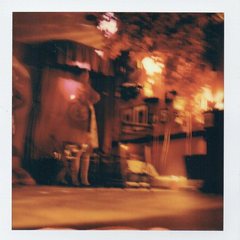 While I work through getting next project launched please enjoy these snippets of warm and fuzzy Polaroids. 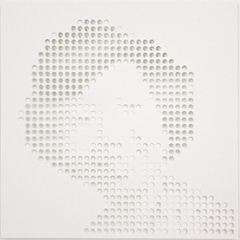 Memories can be elusive, especially when considered through the filter of time. Events, people, places and things that we think we well remember can actually be quite unclear and mutable as we attempt to assemble in our minds the images that make up a particular memory. In Absence, I explore this experience of the distant memory. These pieces, based on portraits of people who are anonymous to me, lose their resolution as one approaches them. Facial features that could seemingly be distinguished from afar become mere impressions as one comes up close. We are left feeling the absence of the people in the portraits, not unlike losing the ability to remember details as one grasps at a distant memory.


Each portrait in this series is comprised of a small stack of hand-punched paper. While one might be able to discern the face, or maybe just eyes or a nose from each piece in the stack, it only offers a small notion. Like the memories of a long lost childhood friend, it is the perspective of regarding all the vague notions taken together that gives the overall perception of the portrait. 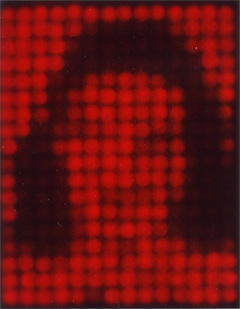 In continuing my exploration into memory and identity using found photographs, I started to reflect on the notion of a photograph being representation of memory. This notion is often the only truth in a photograph, and particularly apparent when looking at found photographs. I began building a device that would help me capture this notion.

By reducing this representation to a minimum amount of information that can be stored on a simple microchip on the device, I attempt to remove the physicality of this representation of memory have it exist as a memory itself; memory on the microchip.
The only certainty when I look at these found photographs is that they are recordings of something that someone thought worthy to remember. My understanding is only based on the clues contained within the photograph: a particular hairstyle here, a corsage pinned there, the dating of the clothing. My notion of what is represented there is fuzzy at best. Similarly, this device has no context for or "understanding" of this memory. It only stores its own rendition of this representation, and can then subsequently output its knowledge of it on its LED matrix onto Polaroid film which are blocky and fuzzy, not unlike our own memory of something uncertain. 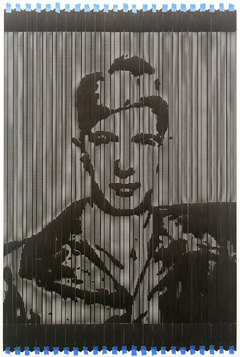 These portraits are of people that I do not know. They are based on pictures of people from old photographs that I found in flea markets and antiques stores. While collecting these old photos, I found that there was something haunting and inherently sad about the faces that looked back at me. While anonymous to me, these photographs were a lifetime of cherished memories for someone else. I wondered about these people, who they were, what the occasions were where the pictures were taken, and why these photographs which served as the representation of these moments were ultimately discarded.

I began to imagine what the lives of these people were like. I wanted to know that these memories that seemed discarded were in fact not forgotten. I enlisted help from others to help me re-invent these events, and to ensure that a happy ending was enjoyed by everybody in these discarded memories. I asked people to look at these portraits and invent facts about these people. I was to weave these facts into stories for each of these people, creating new identities that would save these memories from obscurity.
At the end, the reality is that these images were discarded. I will never know who they are, and I can never be sure that their lives ended happily. It is through the journey of searching for this goal that led to the contemplation of these people's lives which is the basis of these images which serve as a reflection on our own lives; of how it may end; and how we will be remembered.
These portraits are composed of strips of computer punch tape, an obsolete technology that was commonly used during the time when these original photographs were taken. The strips are generated from a vintage computer tape punch machine and assembled by hand.
Ultimately, the series is about information access and my quest for a resolution that I could never find: people whose information I want but don't have access to, rendered in a data format that can no longer be read. 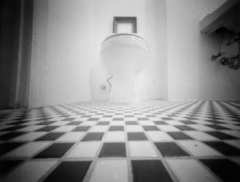 This series reflects an exploration into perception and its cousin, perspective. Taken from an "worm's eye view", these photographs distort perspective and scale to expose the mundane – the inches become yards and the regular becomes colossal, tiles become fields and the toilet becomes monumental. Collected toiletries and personal items reveal a portrait of the inhabitants. The undersides of sinks, the pipes and the leads to the toilet that are seen anew create another perspective on the everyday. 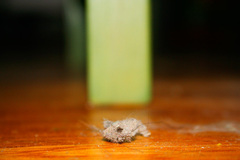 Dustbunnies are staunch survivors and can be found in the harshest of environments. They can survive the deadliest of natural toxicants, including clorox, spic’n’span, and mister clean. As with many creatures in the wild, dustbunnies are not immune to human encroachment. With new human technology like the vacuum, and the more recent technological advancement such as the Swiffer, dustbunnies face an uphill battle for survival. However, as dustbunnies are prolific breeders, it is hoped that they will be able to overcome these seemingly insurmountable obstacles and survive.

This social grouping was last seen during the Great Spring Cleaning of 2007. 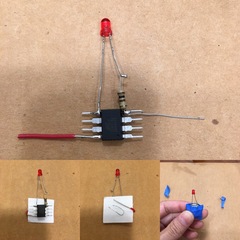 Things that go bzzt in the night.

Henry Chung is a Brooklyn based artist working in photography and mixed-media.

Henry lives in Brooklyn and maintains a studio in the Red Hook where he builds his pinhole cameras and programs obsolete computer equipment.

Studio visits are available by appointment. Please contact me through this page here if you wish to schedule a studio visit.